Time changes everything. That cliché became painfully relevant for me after my parents died within a few months of each other, forever changing my family structure. The unconditional love I received from them throughout my life was now gone. I was left with only their physical possessions and my memories of our lives together. Their possessions included a well-organized archive of family photos. In this series, I projected those vernacular family photographs onto the surfaces of my childhood home. By juxtaposing the photos from the past onto the present-day walls, I unearthed 60 years of engrained memories and tried to capture my family’s vanishing history that once permeated this house.My parents’ house exemplifies the post-war ranch homes built in newly created neighborhoods across the United States. They decorated their home in the Early American style popular in the 1950s. (Some now refer to it as Coloniawful.) They lived in this house from the day they were married until their deaths—from their 20s to their 80s—and much of the original furniture they bought remained in the house throughout their lives. Their stability provided me a solid foundation for my upbringing.Constructing the projected tableaus made the memories more tangible for me and provided comfort for my grieving. With so many formative experiences rooted and intertwined within this building, saying goodbye to it was also saying goodbye to my parents. Even as the rooms were literally whitewashed in preparation for new owners, my memories continued to resonate within the walls. 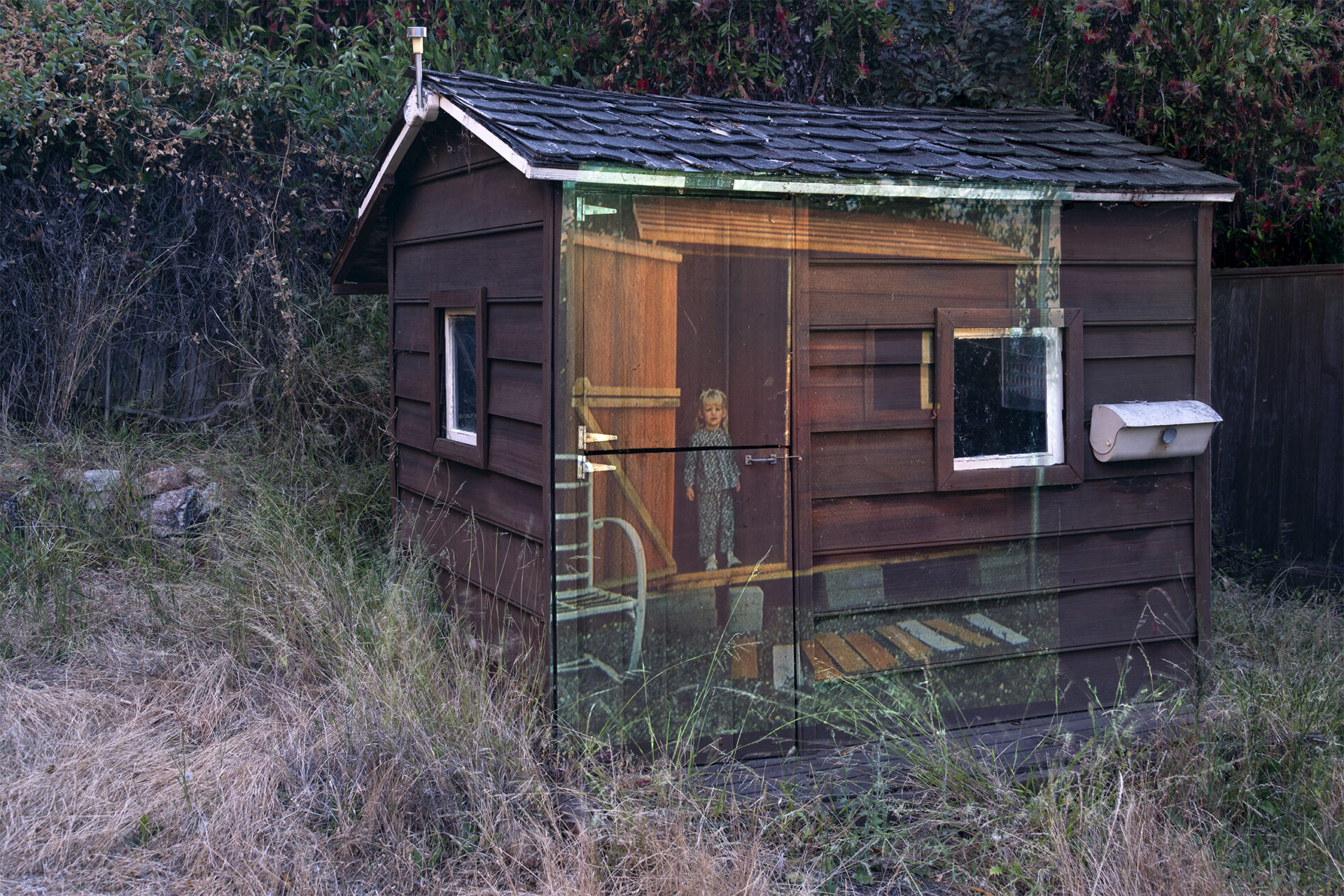 Annette LeMay Burke is an award-winning photographic artist and Northern California native who lives in the heart of Silicon Valley. She is a longtime observer of the evolution of the western landscape. She took her first darkroom class while earning a BA in Earth Science from the University of California at Berkeley. Her photographic practice now focuses on how we interact with the natural world, the landscapes constructed by the artifacts of technology, and the more intangible artifacts (memories) that are created throughout our lives. Her work has been exhibited throughout the US and internationally. In May 2021, Daylight Books published a monograph of her disguised cell phone tower images titled Fauxliage: Disguised Cell Phone Towers of the American West.

This website uses cookies to improve your experience while you navigate through the website. Out of these, the cookies that are categorized as necessary are stored on your browser as they are essential for the working of basic functionalities of the website. We also use third-party cookies that help us analyze and understand how you use this website. These cookies will be stored in your browser only with your consent. You also have the option to opt-out of these cookies. But opting out of some of these cookies may affect your browsing experience.
Necessary Sempre activado

Performance cookies are used to understand and analyze the key performance indexes of the website which helps in delivering a better user experience for the visitors.

Analytical cookies are used to understand how visitors interact with the website. These cookies help provide information on metrics the number of visitors, bounce rate, traffic source, etc.

Advertisement cookies are used to provide visitors with relevant ads and marketing campaigns. These cookies track visitors across websites and collect information to provide customized ads.

Other uncategorized cookies are those that are being analyzed and have not been classified into a category as yet.