A Matter of Some Moments

A sense of home is about memories, intimacy, and the attachment one has with certainplaces. In the series “A Matter of Some Moments” I am photographing families at home.Several photographs, taken over time, are composed and faded into each other. In theresulting image, the space remains mostly the same but the families’ actions andinteractions are captured in different positions, each presenting an ephemeral, ghostlikeappearance. Highlighting the temporality of being, the photographs become a testament tothe seemingly mundane happenings that often comprise meaningful memories. As GastonBachelard states in his book The Poetics of Space, “the house has both unity andcomplexity, it is made out of memories and experiences, its different parts arouse differentsensations and yet it brings up a unitary, intimate experience of living.” Evoking feelings ofboth nostalgia and loss, the stillness in the images briefly suspends time, creating room forthought about one’s own experiences, and the familiar landscapes of our memories andplaces. 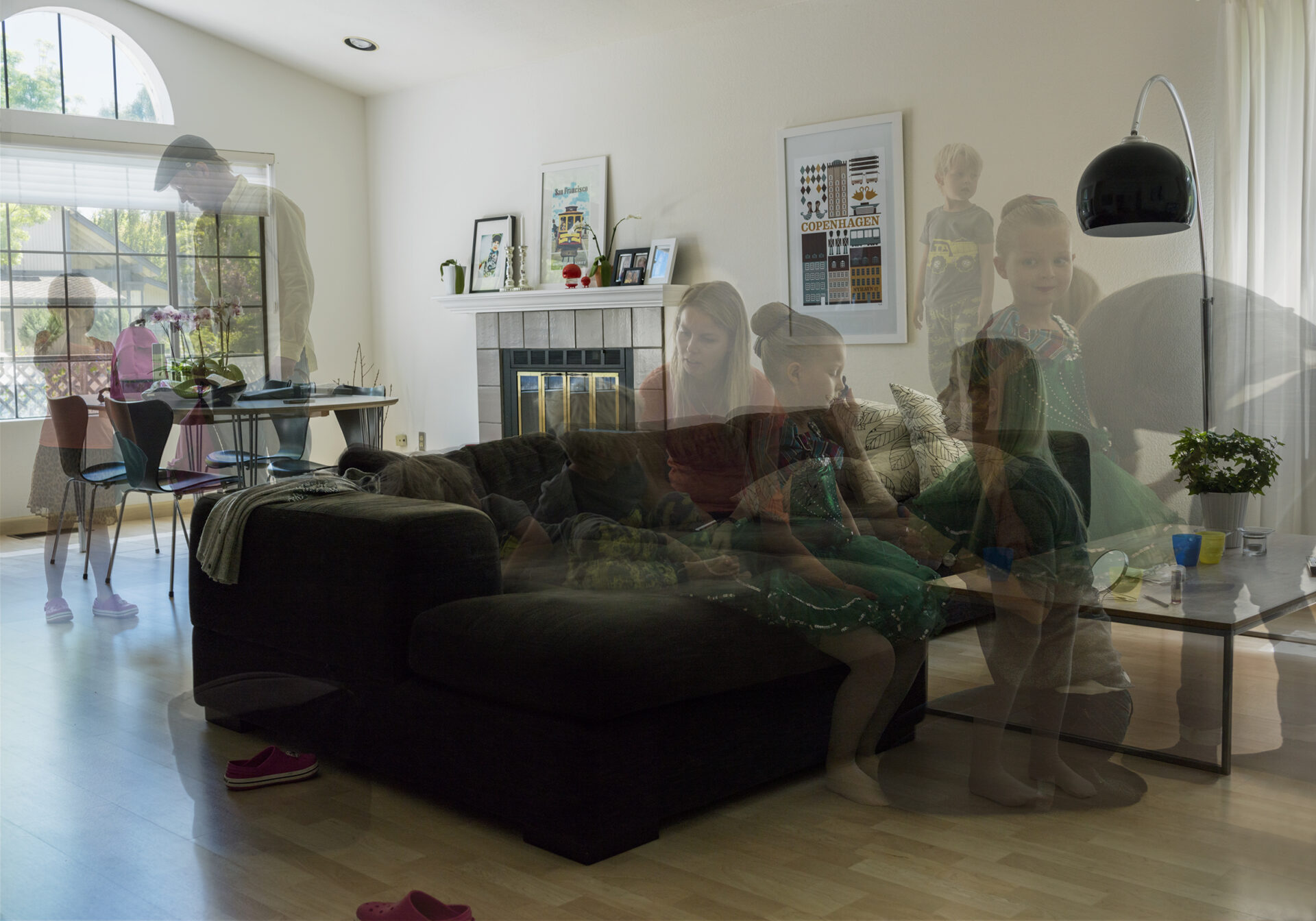 Charlotta María Hauksdóttir is an Icelandic artist based in California, working primarily inphotography. Residing in the USA for over 18 years, she still draws inspiration from her homecountry Iceland. Her work centers around the unique connection one has to places andmoments in time, and how memories embody and elevate those connections.Charlotta graduated from the San Francisco Art Institute with an MFA in Photography, in 2004,and received a BA in Photography from the Istituto Europeo di Design in Rome, Italy, in 1997.Her work has been exhibited around the world, with solo exhibitions in the USA, Russia, andIceland, most recently at the Reykjavik Museum of Photography. Her award winningphotographs have been published in several magazines and books and her work is part ofnumerous public and private collections all over the world.