The exhibition COVID@Alentejo, gazes is the result of the commitment by the Regional Directorate for Culture in Alentejo (DRCA) to map the different  moments of the unfolding of the disease COVID-19 in the territory of Alentejo. Naturally, ever since the first signs of the disease, records were made, all around the country, of its impact on society. However, as far as we know, the stance adopted by the DRCA is unique - a public body that takes upon itself the mission of carrying out an extensive and systematic record of the impact of the pandemic in people’s daily lives. For two years, the project sought to record, and now divulge, different moments and situations lived throughout this territory, which has very specific characteristics.

In regard to setting, it is important to state that Alentejo is a vast territory with a very distinct character, both in terms of its geography and its socio-economic structure.

Geographically, this territory is predominantly composed of wide areas of montado (pasture and cork fields), with small villages popping up few and far between. People in this region are generally inward-looking, house-bound, but can be welcoming and collaborative when feeling confident

The social fabric is characterised by an ageing population, a phenomenon which several youth-targeted programs have tried to counterbalance.

The choice of photography as a recording tool is a natural one, given that photography easily and effectively allows for a balance between documentary and artistic practice. The project’s protagonists (the photographers António Carrapato, António Cunha, Augusto Brázio and Maria do Mar Rêgo) come from Alentejo and have a profound knowledge of the region. Notwithstanding the common theme, the final result is, naturally, distinct. Maria do Mar’s work is characterised by its use of black and white and also by a more subtle and poetic outlook. António Carrapato and António Cunha express a more documental and objective vision, with Carrapato’s sense of humour also being apparent in the pictures. Finally, Augusto Brázio showcases his portrait excellence, which gives the project its own unique identity.

From the moment of its invention, photography has become the tool of choice for recording modern and contemporary society, being at the centre of visual culture in the last two centuries. In addition to its use in the field of visual arts, it represents an interdisciplinary typology.

Photography is, additionally, a source of information, of relevance to several areas of knowledge that deal with the relationship between space and time as a tool to analyse social change. But even if a photograph captures a momentary scene, it shouldn’t be seen as an absolute truth, since framing can be misleading, or convey a certain intention, not to mention manipulation.

In any case, the fragment of reality that is captured by a photo is the mark of a time past, and, as such, it is the perpetuation of a moment, that is, of a memory.

Selection was bound to be a difficult job. From a set of several dozen photos taken by each author, we selected a few based not only on aesthetic quality, but also in an attempt to be faithful to the chronology of events.

At times immersed deep in the uncertainty of choice, we attempted to create a coherent narrative that reflected simultaneously the myriad situations and moments lived throughout this period: hygiene measures, lockdowns, vaccination, border closings, amongst others.

Albeit documental in nature, the final selection of works reveals a broad and enriching set of perspectives, and it contributes unequivocally to the formation of a body of memory that is crucial to our current society. 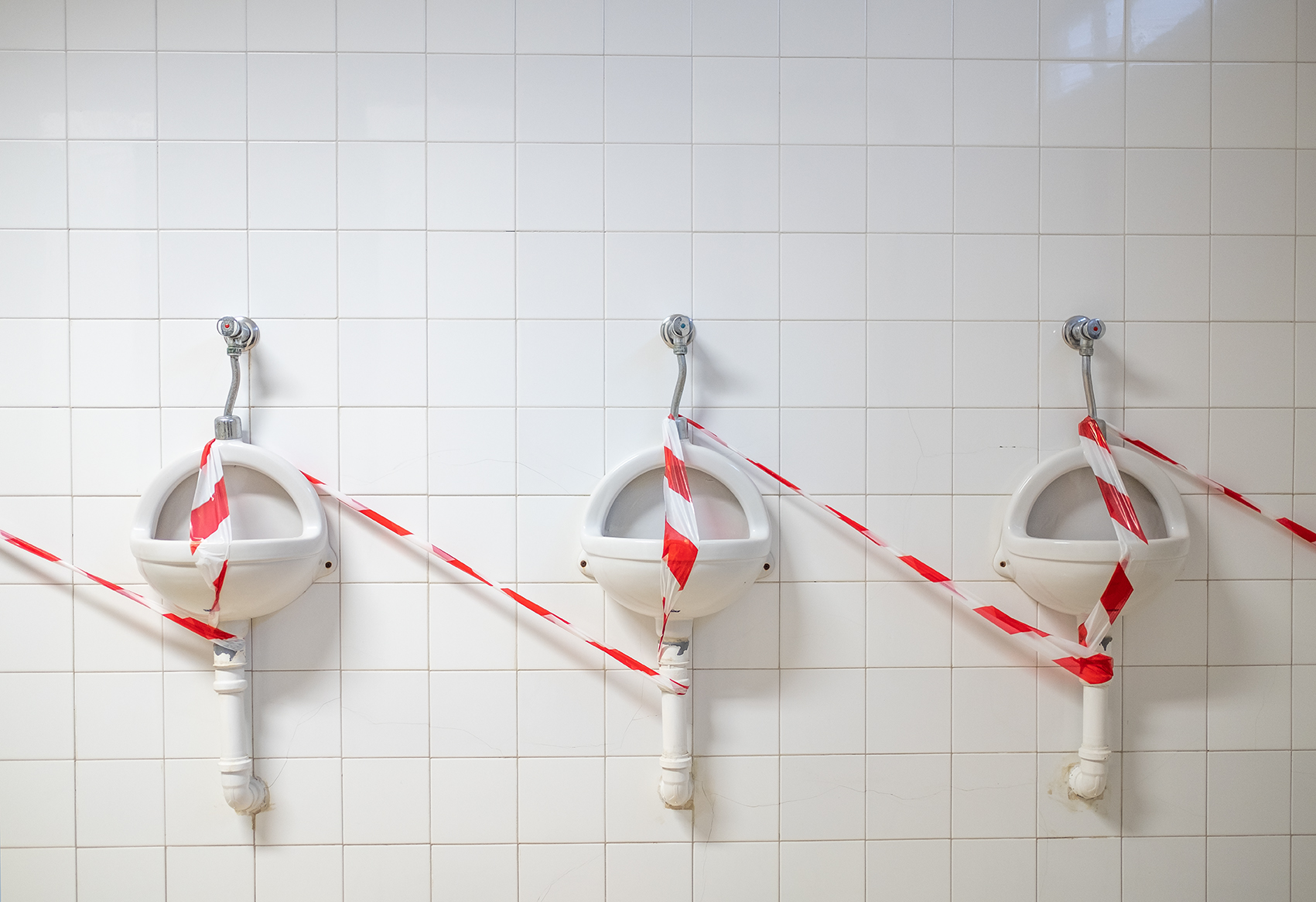 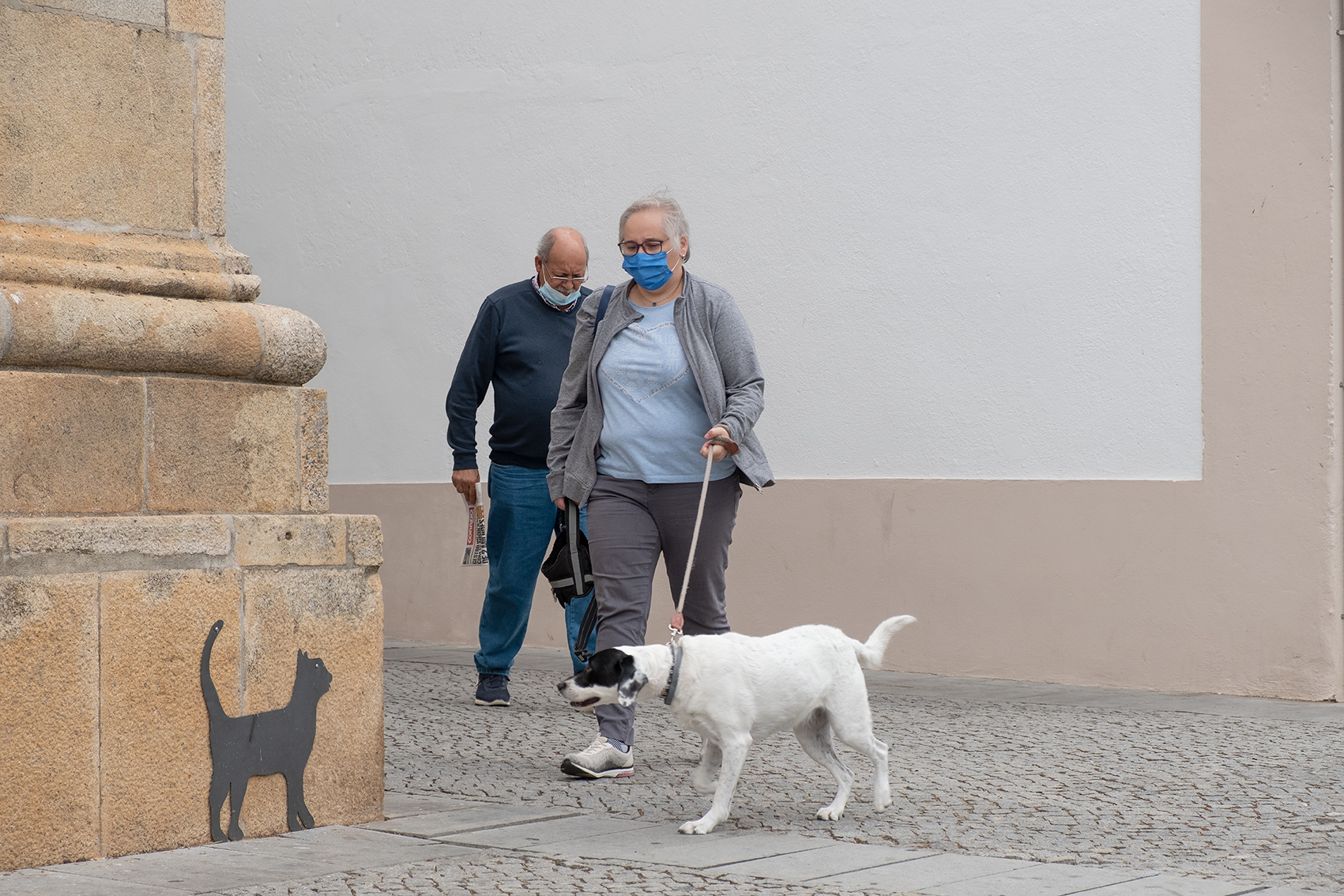 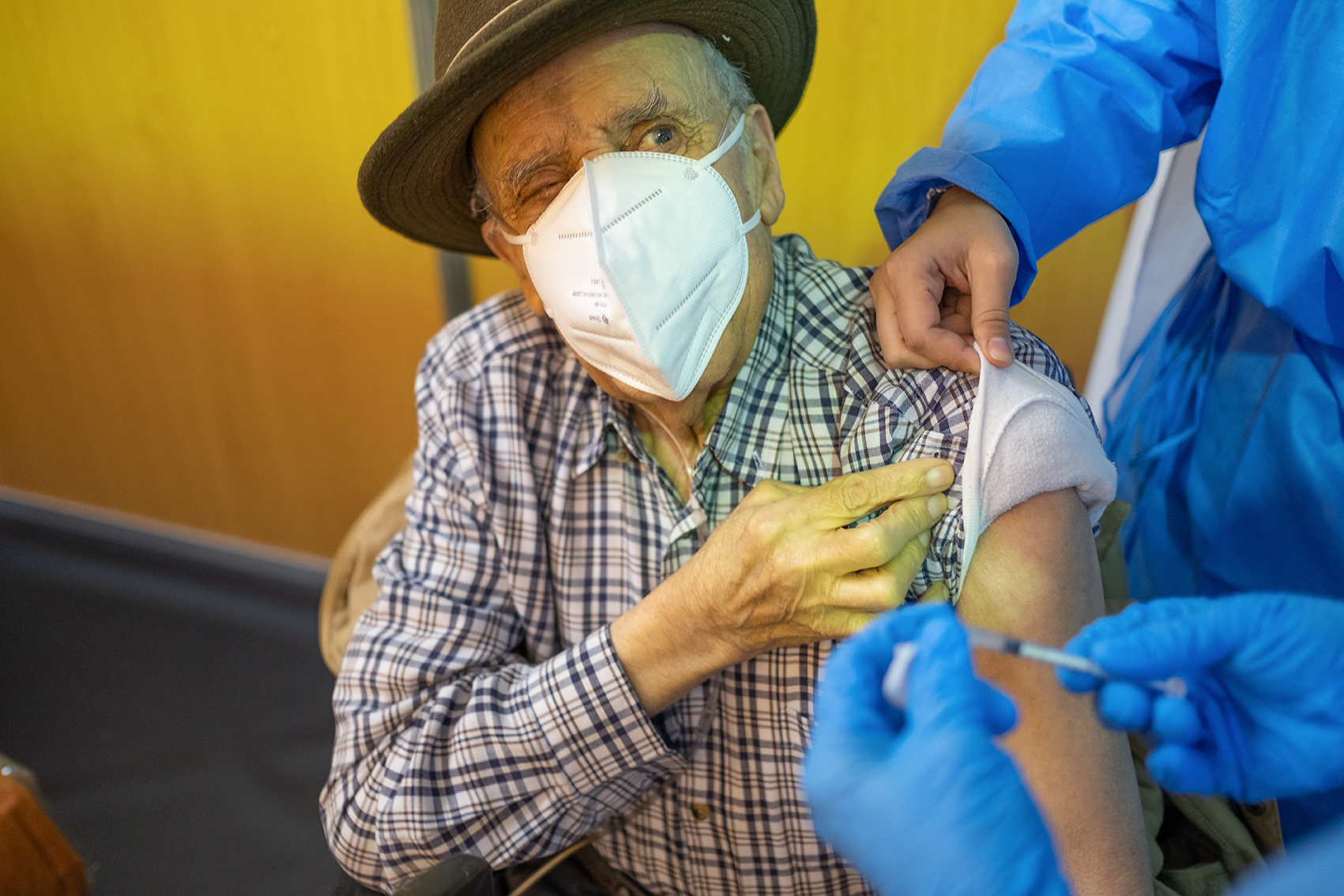 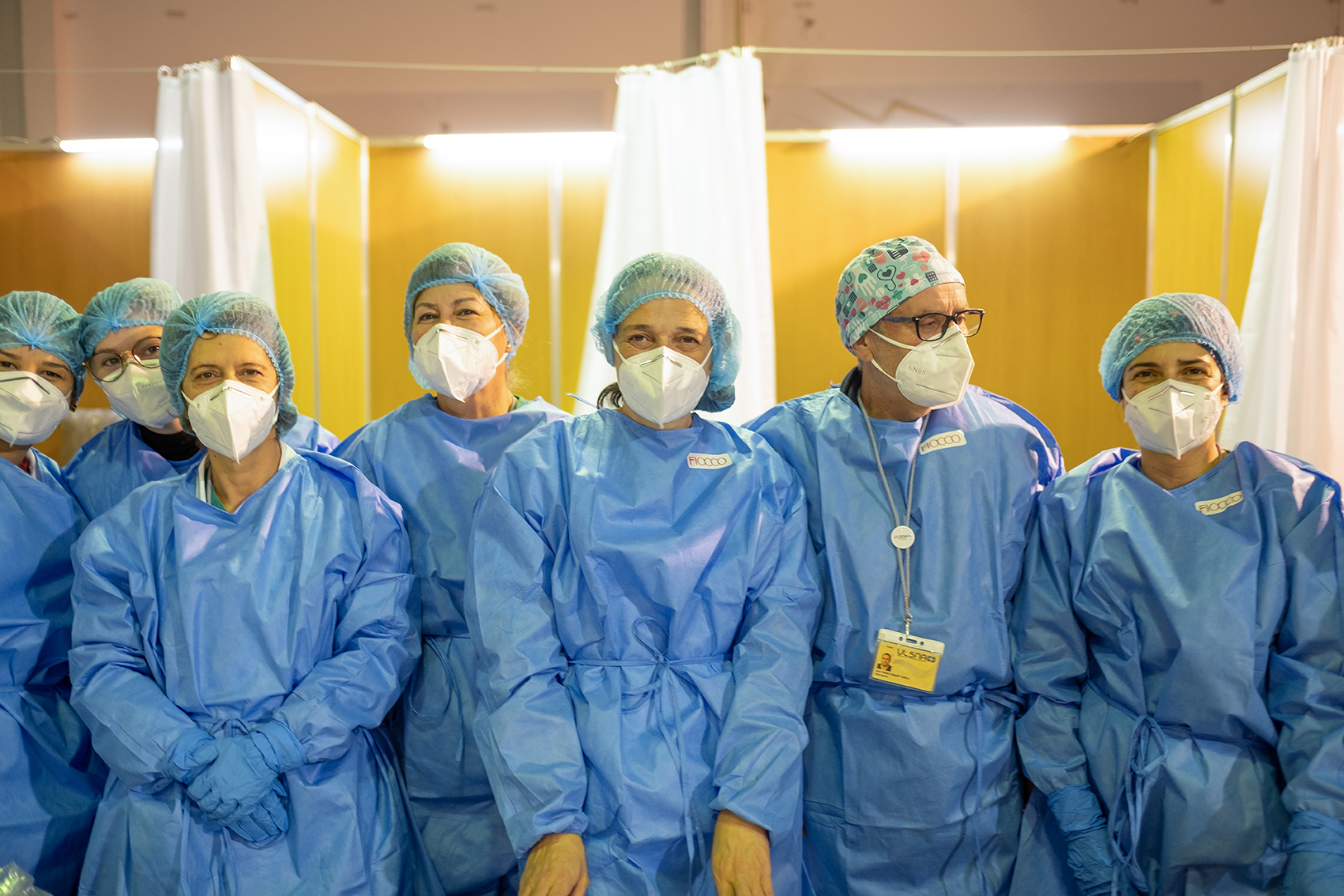 António Carrapato (Reguengos de Monsaraz, 1966) studied photography at ArCo (Lisbon) and started his career as a photographer in the 1990’s, photographing for Portuguese newspapers, especially in Alentejo for the newspaper Público. In parallel, he has developed his work of authorial photography.

In 2009, he participated in the project Estação Imagem (Station Image), of which he is a co-founder.

(Fábrica Braço de Prata, Lisbon) in 2015, at 1013 Anos (Évora Museum), Módulo Gallery and Encantamento in 2016, at the Inauguro#54 (Viana do Castelo) in 2017, Claustrofonia exhibition at Convento dos Remédios (Évora) in 2018, at 27/27 at Praça do Sertório (Évora) in 2020, and at Séufonia (outdoor music at the Évora Cathedral), in Rua 5 de Outubro in 2021. His work is featured in several publications such as Planeta Ovibeja (2008), Arte at the Fundação Luso-Brasileira (2007) and Extensão do Olhar (Extension of Gaze), an anthology of Portuguese contemporary photography (2005) by the PLMJ Foundation. 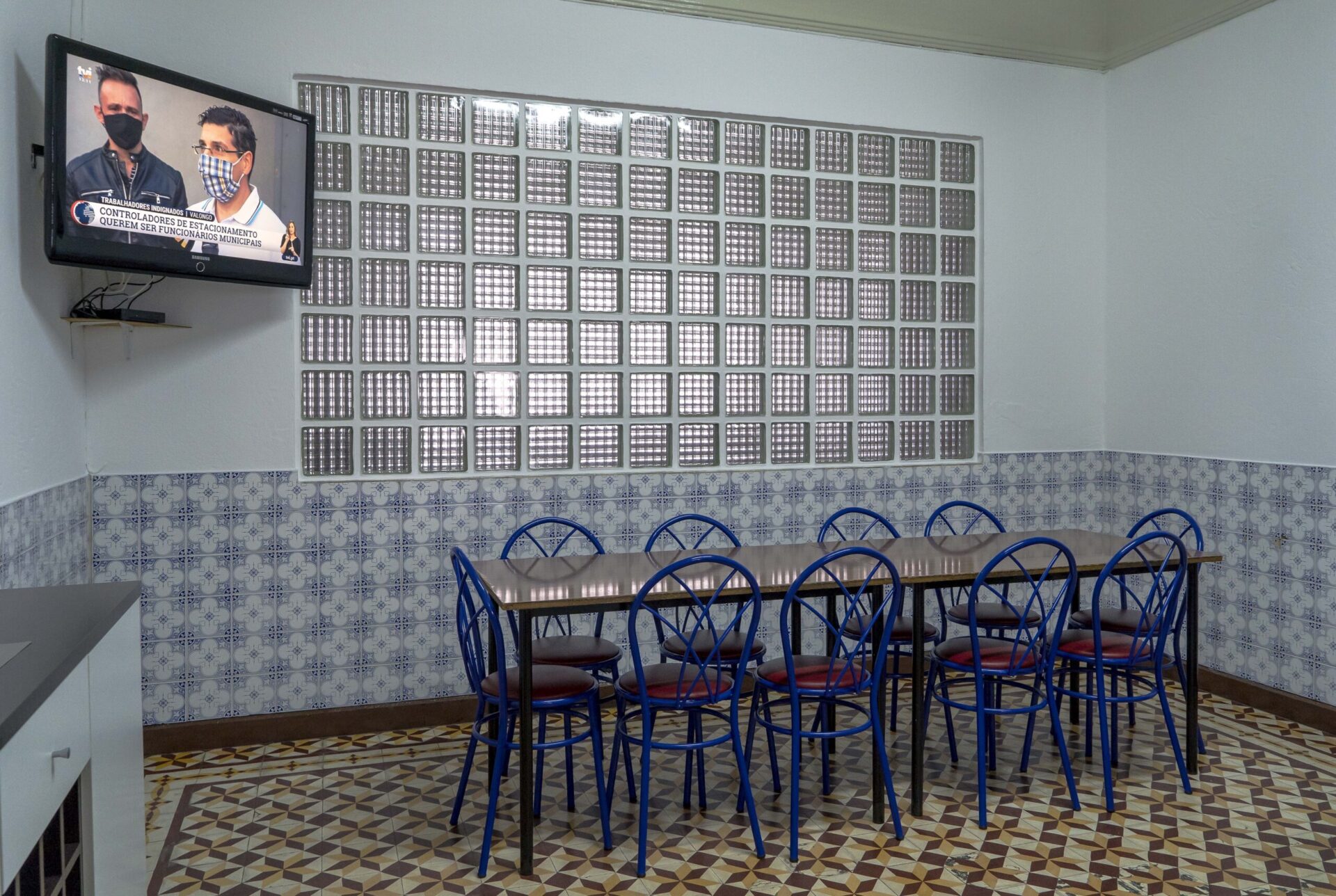 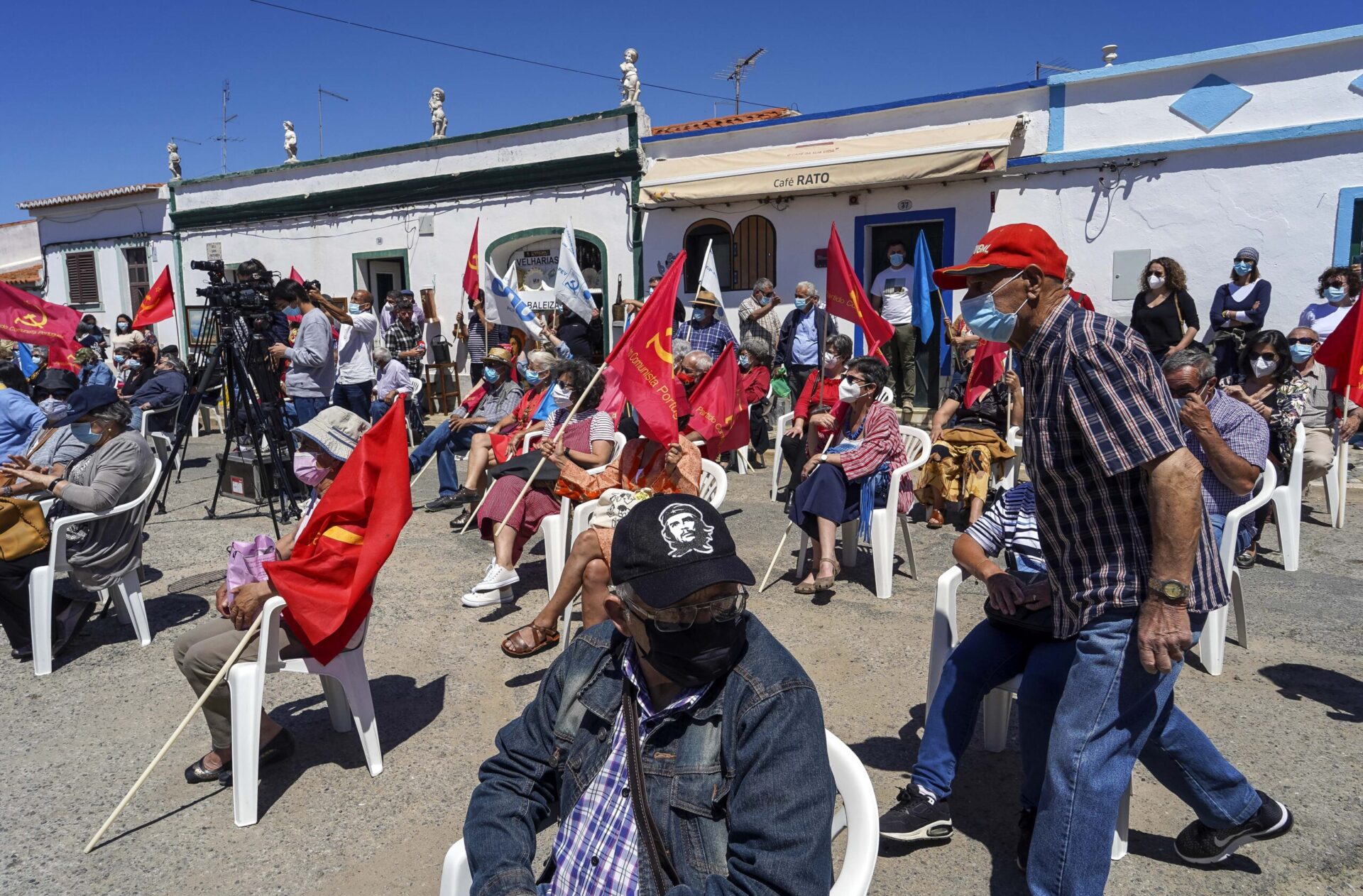 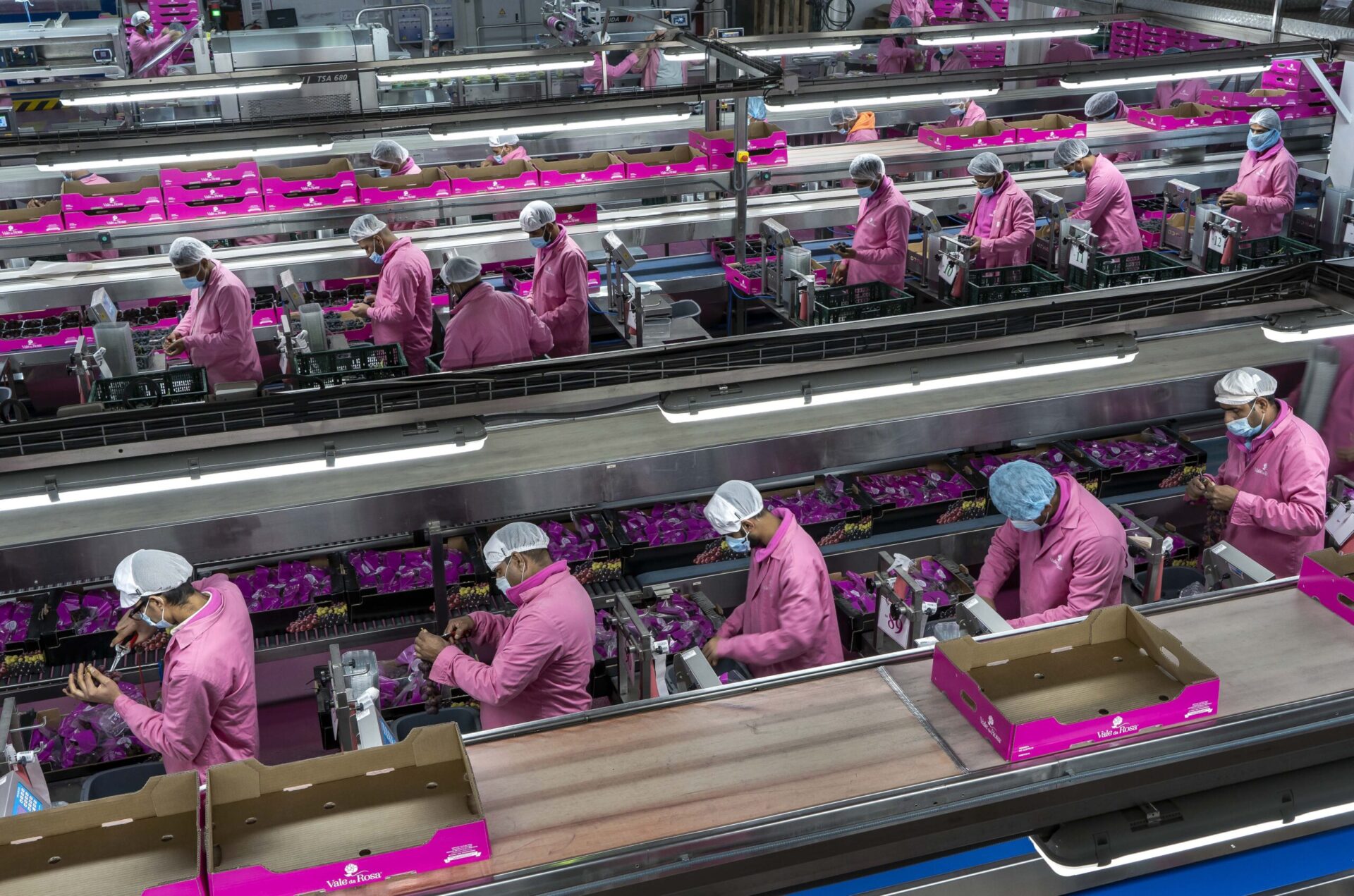 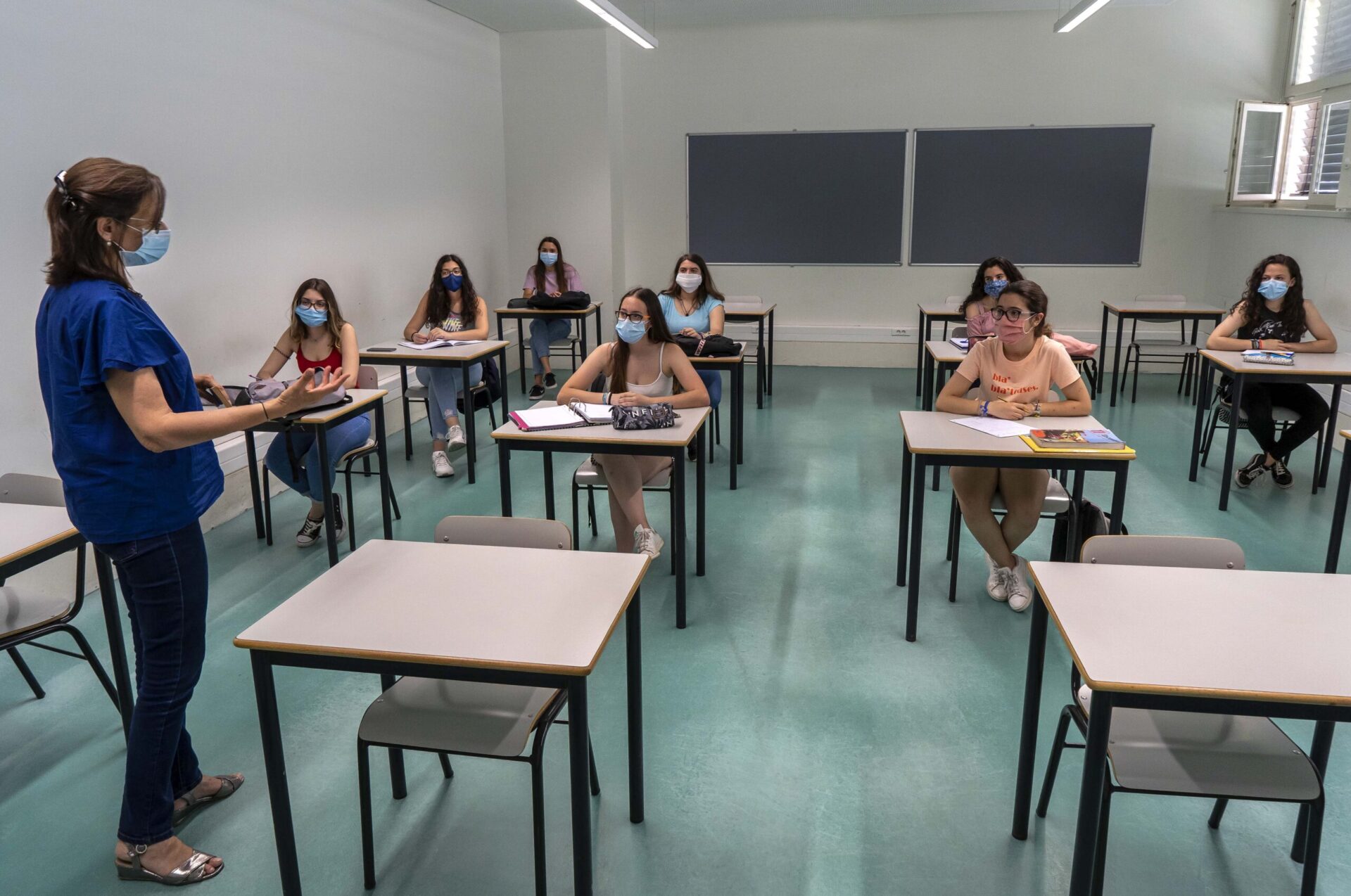 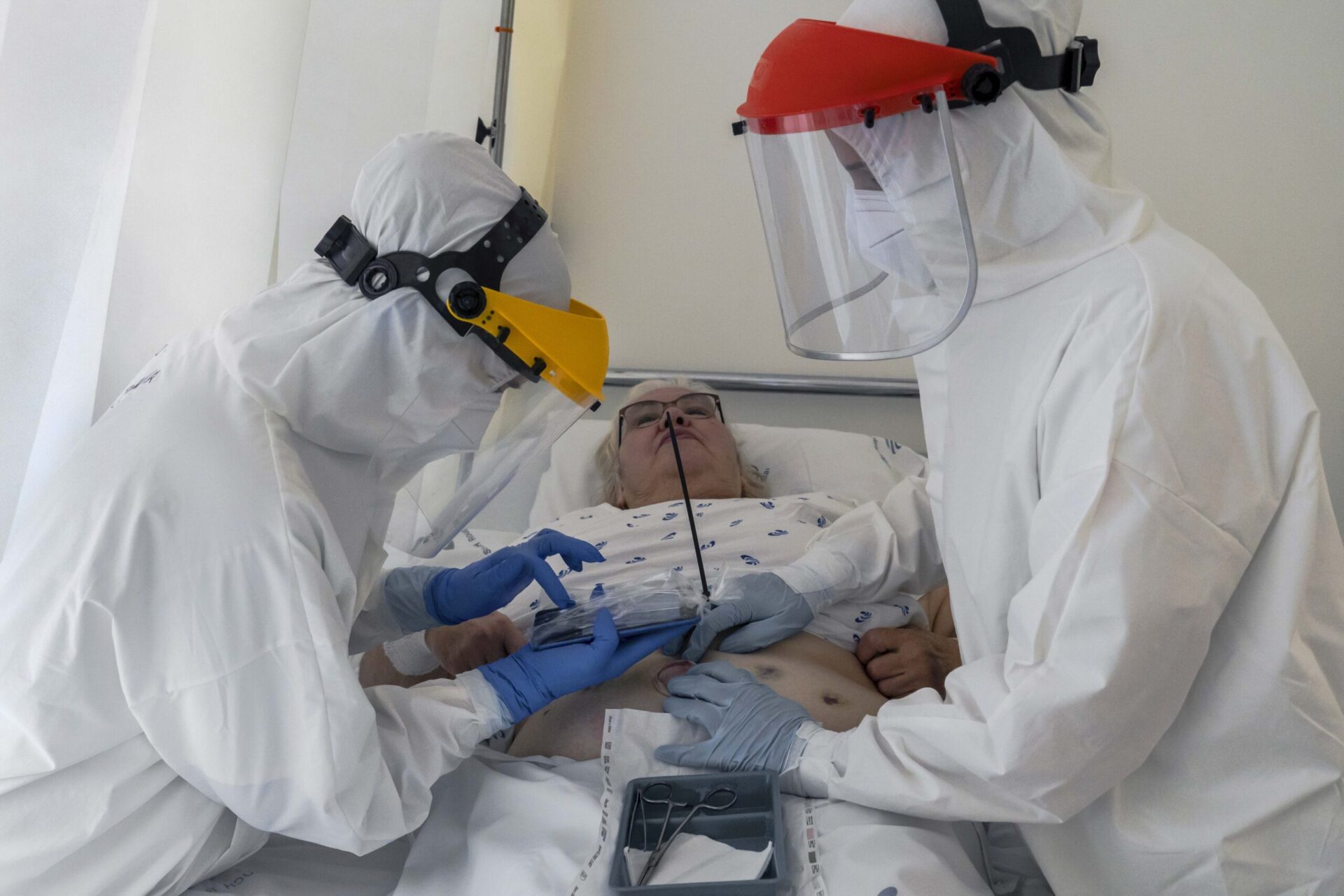 In Beja, on the wide and fertile plains, rich in wheat fields and horizons, António Cunha came to the world and the light of Alentejo. Dazzled by that light, he was born to photography in 1980, and has, since then, been involved in several different areas, namely, history, archeology, museology, ethnography and photojournalism.

He was a bursary of the Calouste Gulbenkian Foundation (from August 1989 to October 1992), charged with carrying out a photographic survey of industrial archeology in the S. Domingos mines (Alentejo), in partnership with the Mértola Archeological Field.

He worked as field photographer for ethnomusical surveys with Michel Giacometti, between 1986 and 1990.

He is the author of the following books (titles signaled with * are also exhibitions): 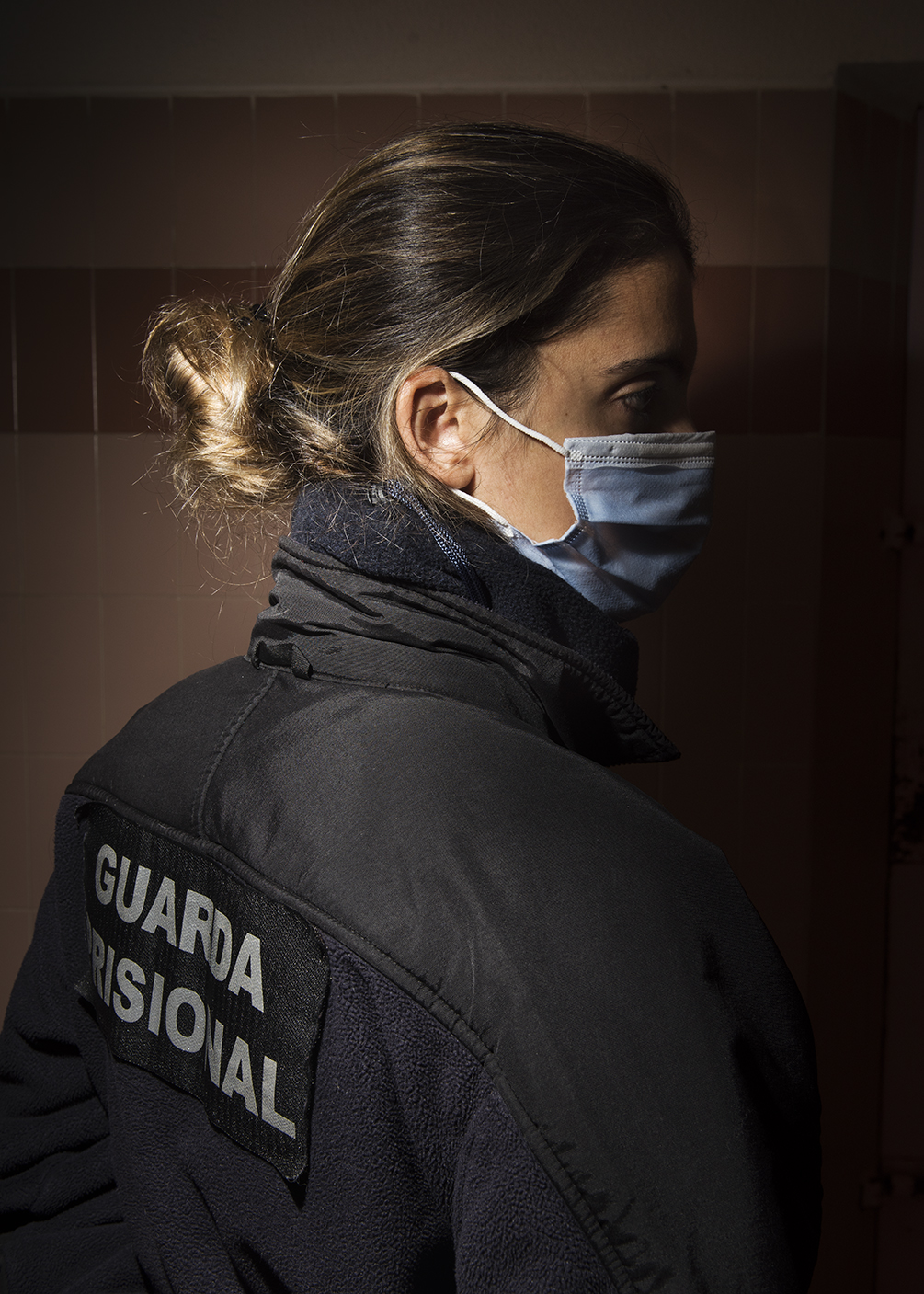 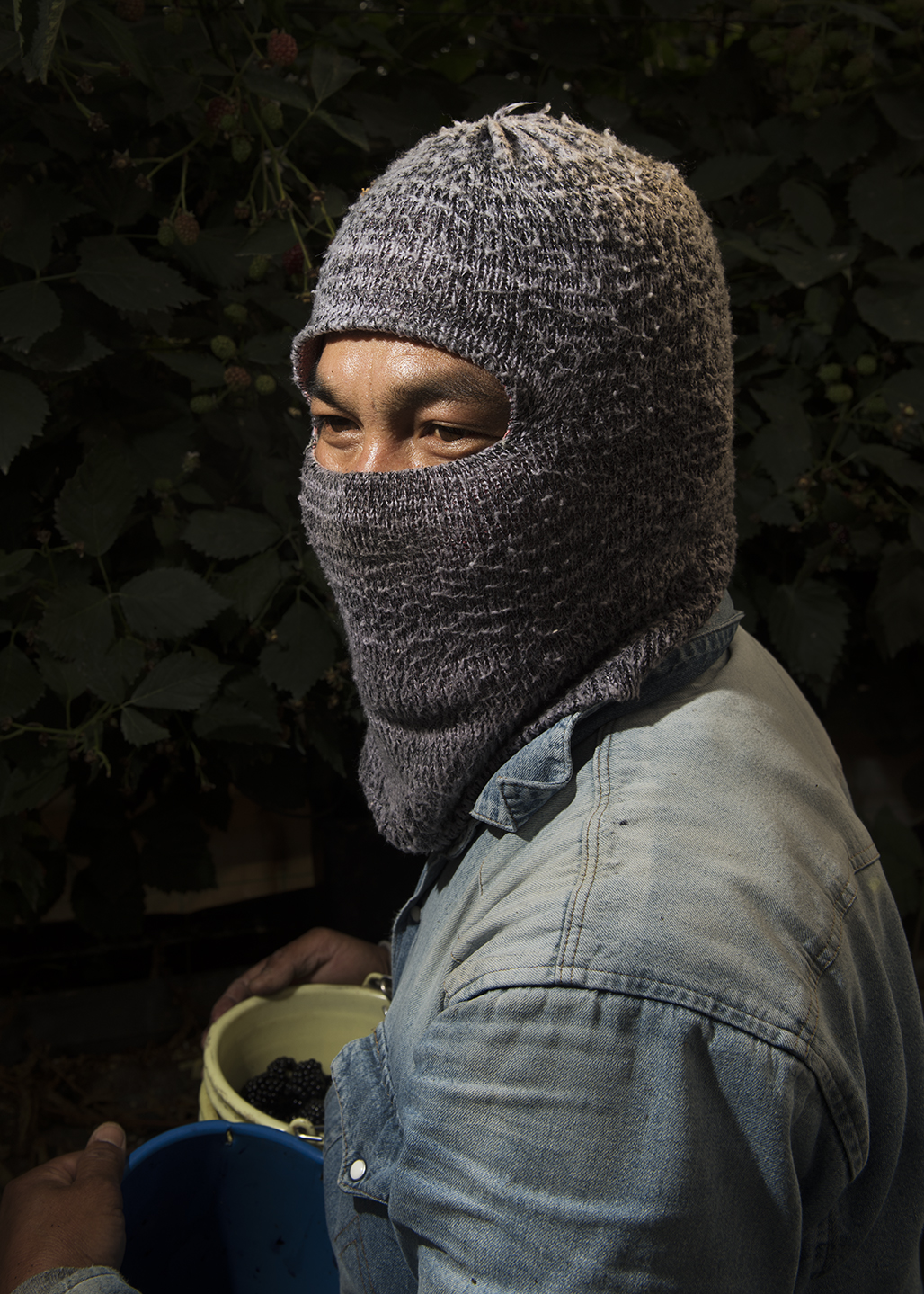 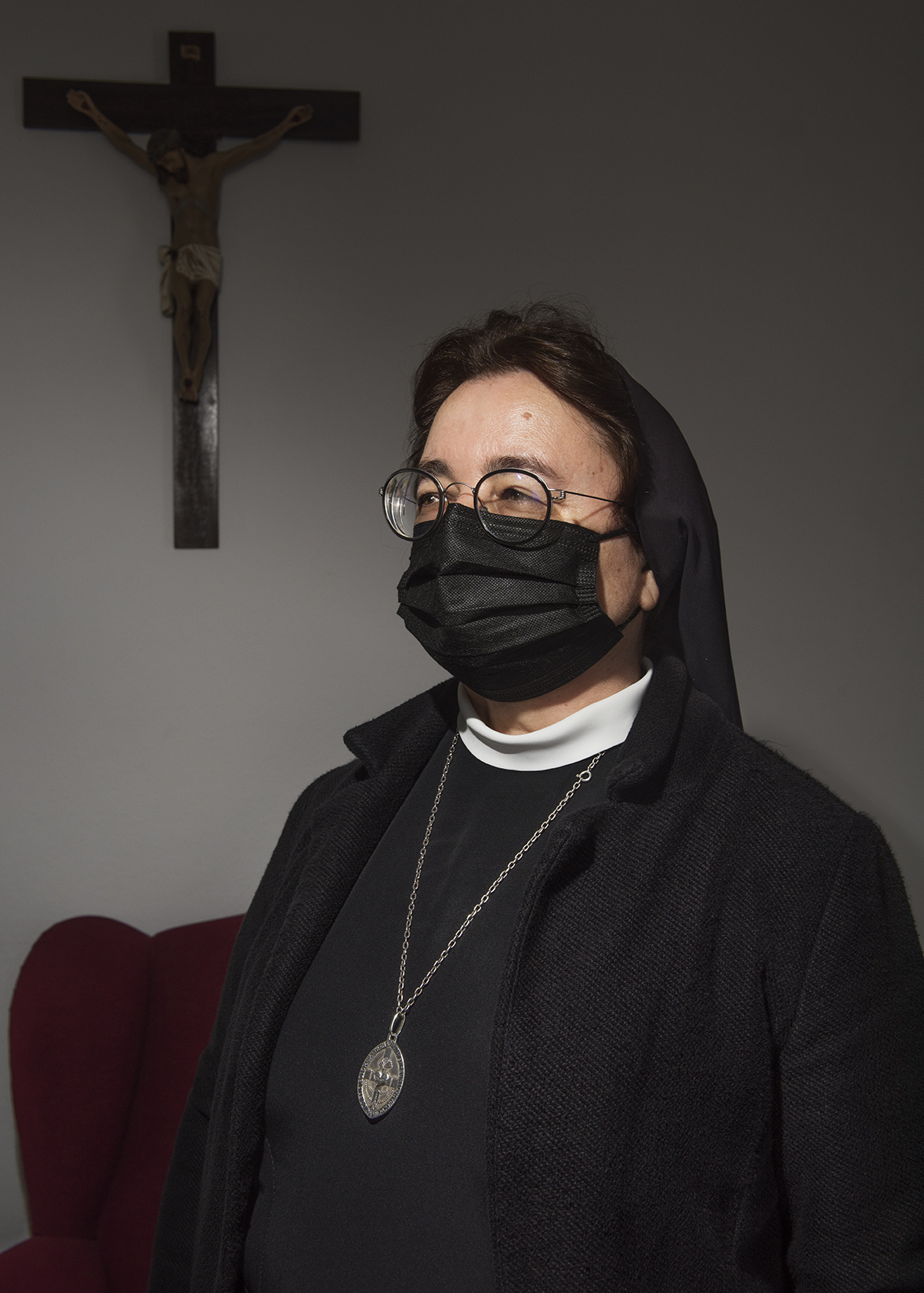 He has been publishing regularly since the 1990s, having published several books in the area of photography. He was awarded first prize in the Photojournalism Visão / BES contest in 2008.

He was a member of the Kameraphoto Collective (2003-2014) and one of 13 Portuguese photographers selected to feature in the television program Entre Imagens by RTP. His work has been exhibited in Lisbon, Porto, Paris, Brussels, Budapest, among others.

More recently, he has focused on personal projects, where he reflects on issues such as migration, belonging and territorial settlement. 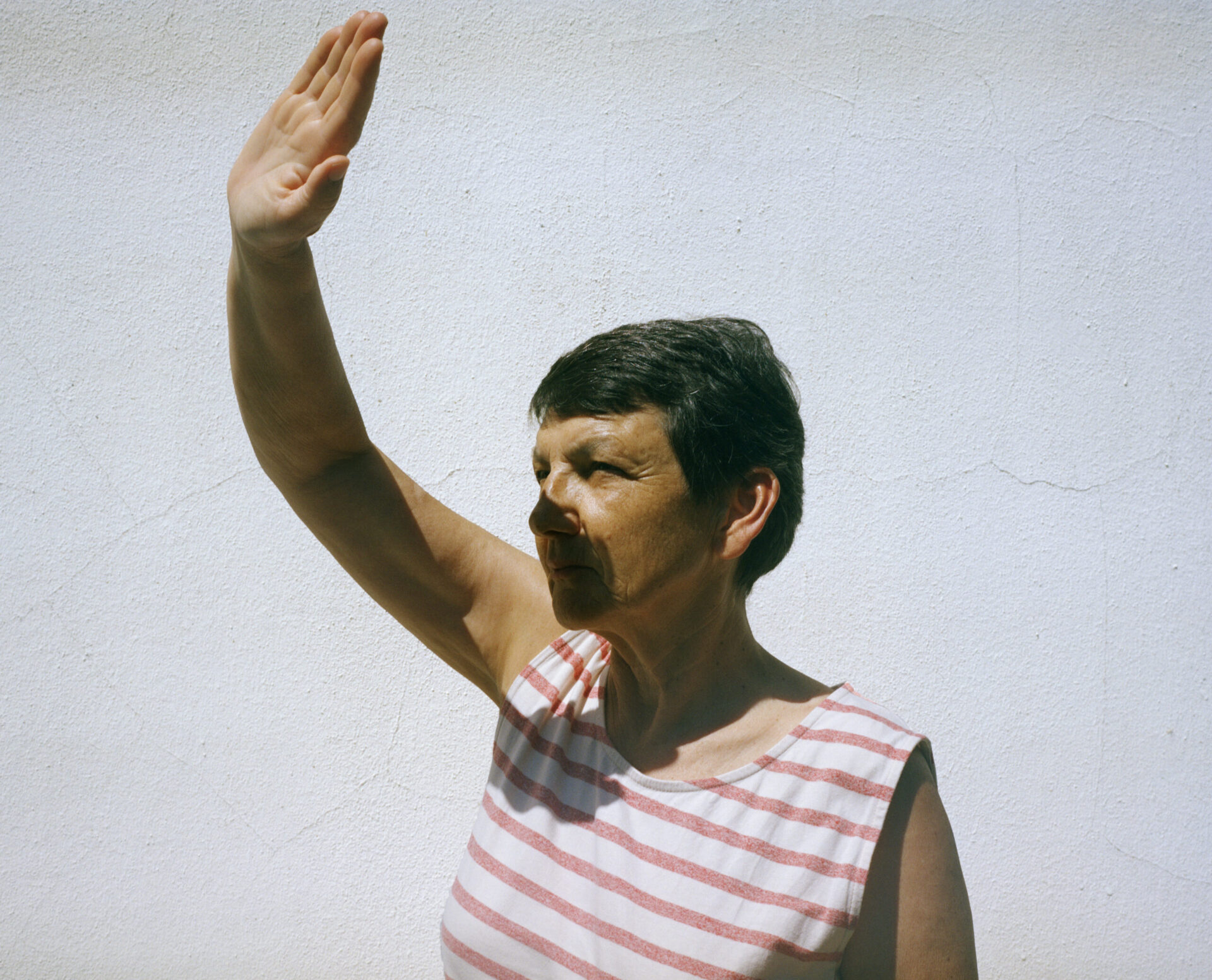 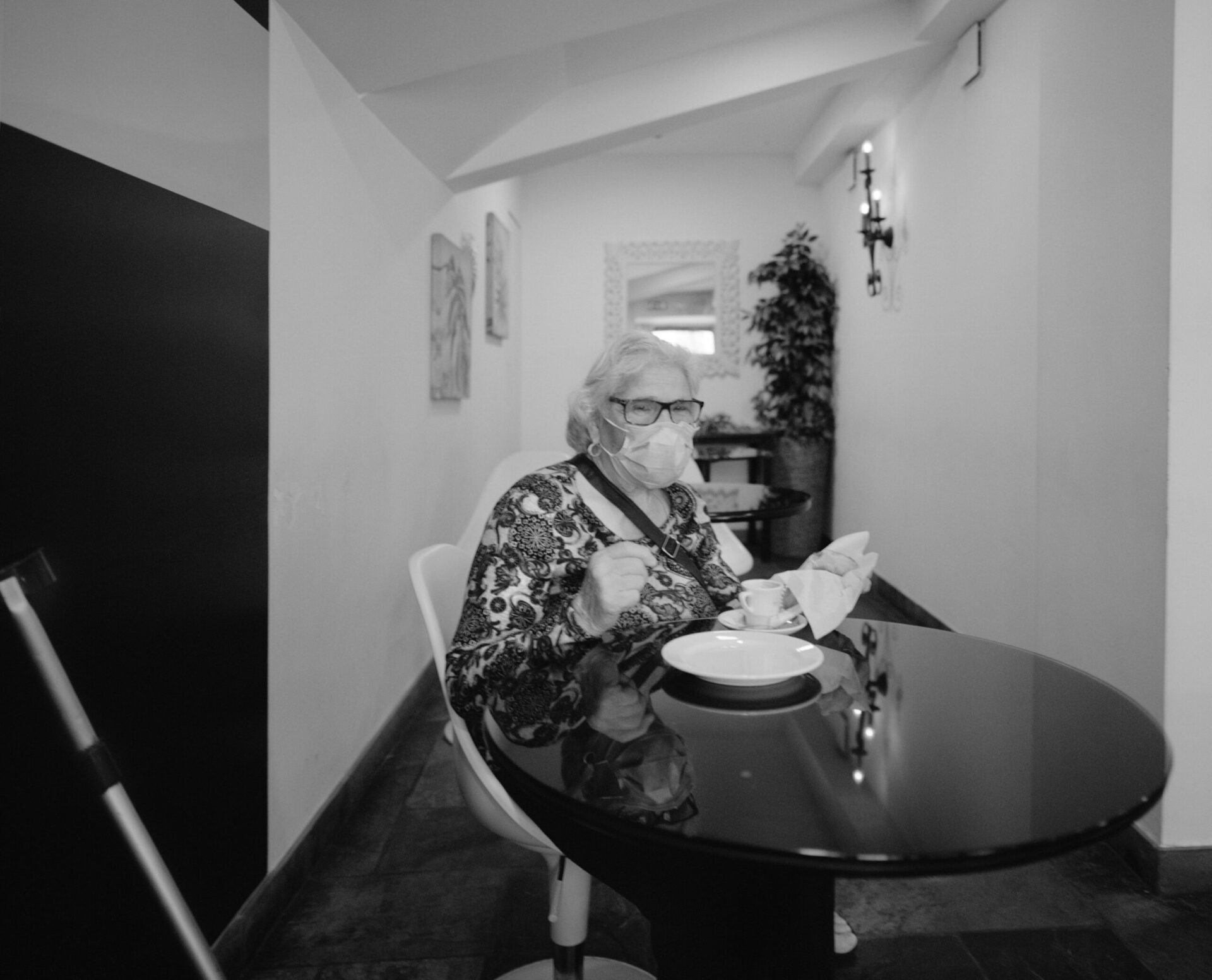 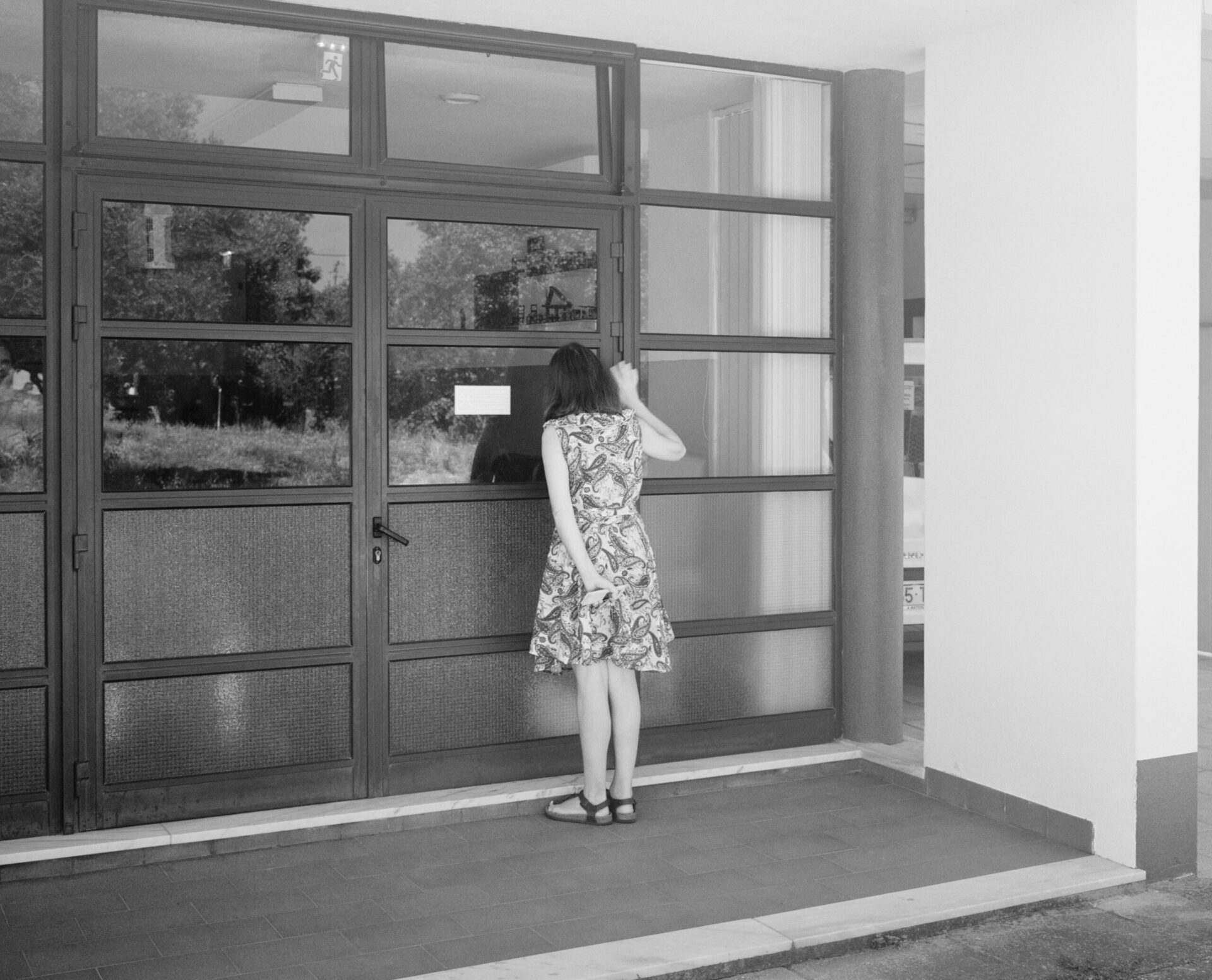 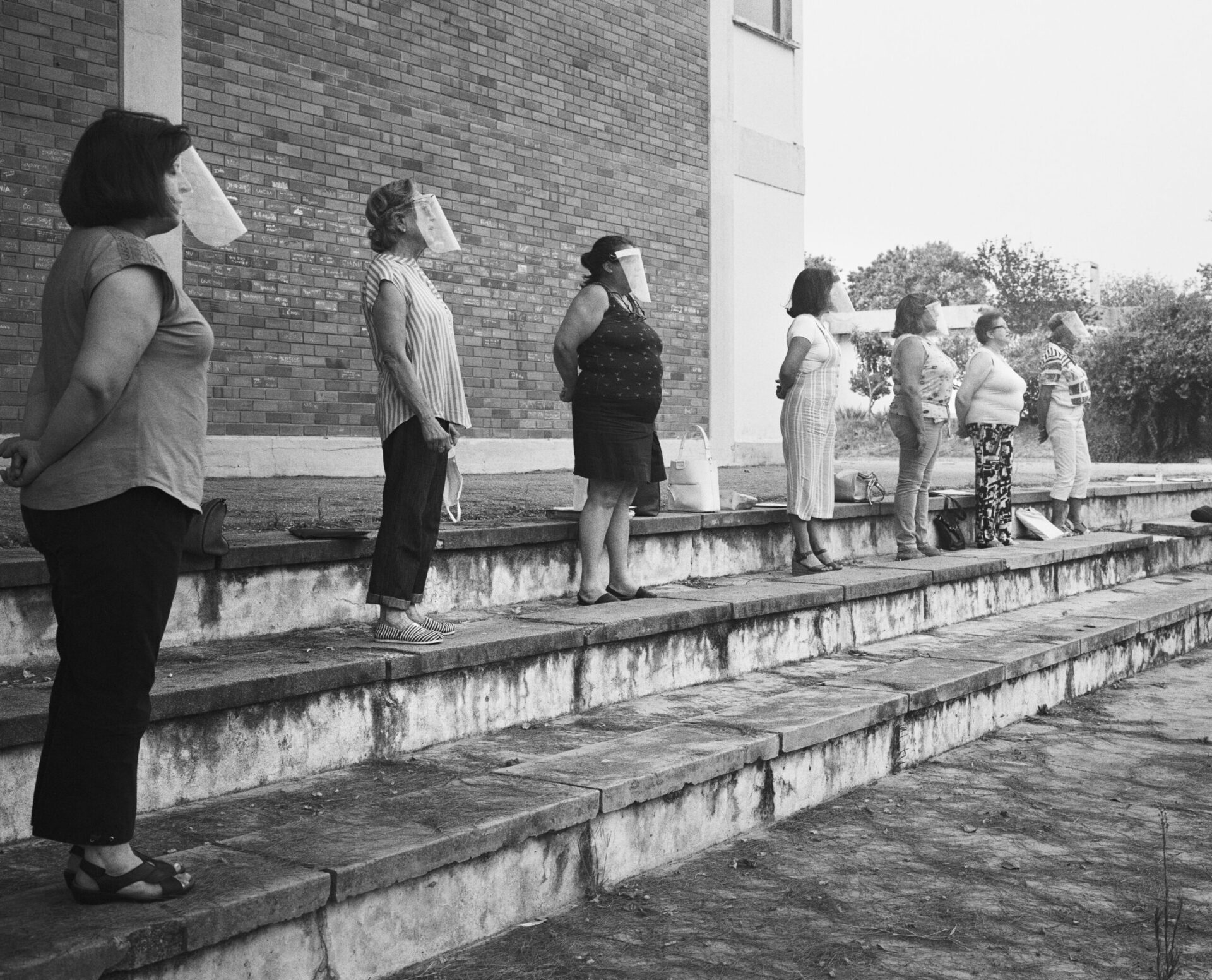 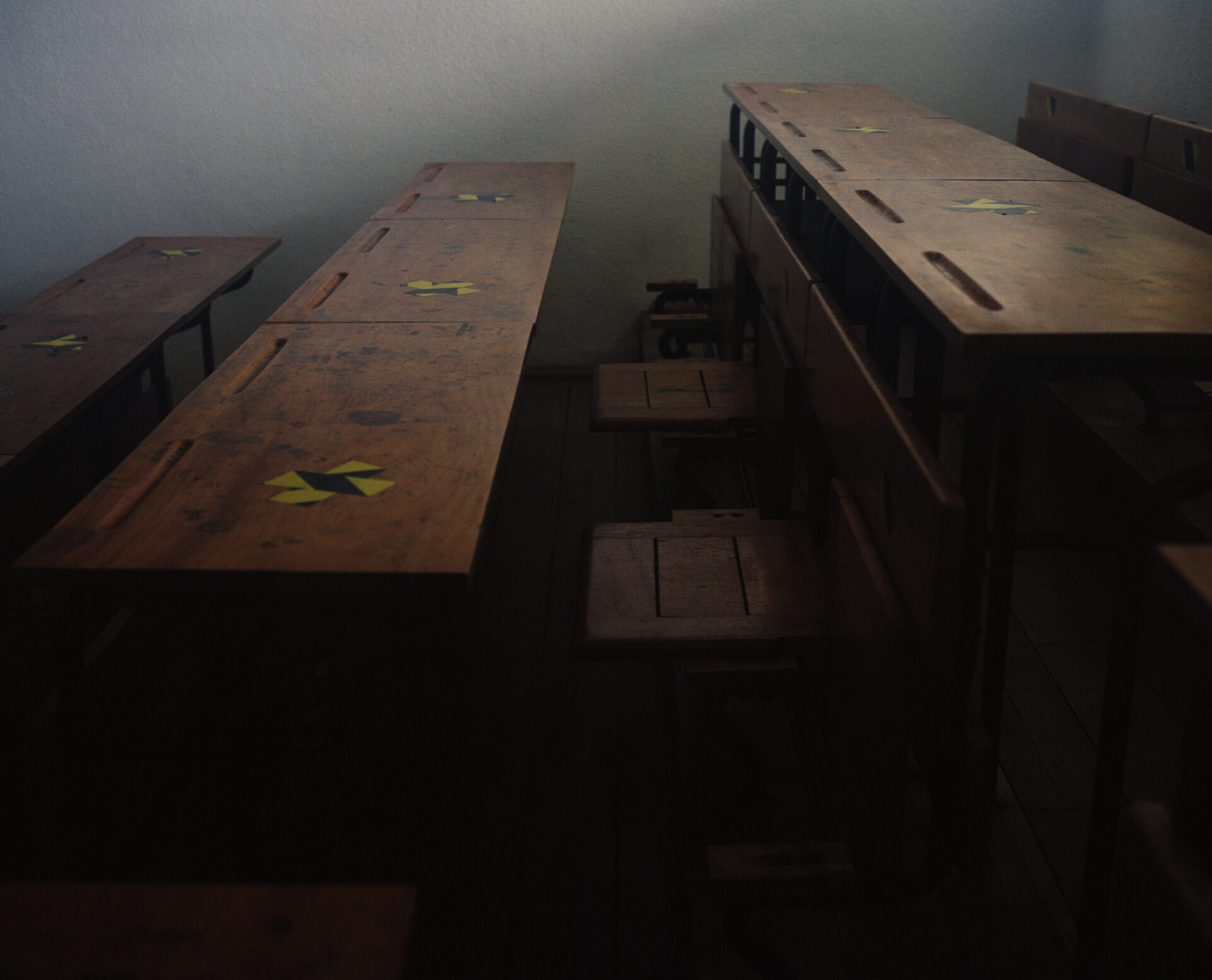 Maria do Mar Rêgo (Toulouse, 1983) grew up in Montemor-o-Novo (Portugal). In 2001, she moved to Barcelona to study at the Faculty of Arts of the University of Barcelona, and in 2007 she moved to Arles, where she studied at the École Nationale Supérieur de Photographie. She currently lives and works in Portugal.

She was a visiting scholar at the University of Évora – Department of Visual Arts and Design. She creates and produces conferences and workshops together with Atelier Mina, founded in 2020.