DREI - THEM AND ME

There once was a man and a woman. They were madly in love, spending every minute together, sharing the same ideas and dreams. But one day the other man came. Much younger, much prettier, much cuter. The woman than called herself mother and namend her lover and man father. The woman now shared every minute of her time with the young man. She feeded him, gave him her breasts to drink and her body to keep him warm. The man than felt like an outcast and an outsider. They where not more SHE and HE, they were now THEM and HE. But because the man was a photographer by profession, he did what he could best: take photos. He was always around the woman and the younger man. He was watching every breath they took, every move they made, every step they took, every word they said, every game they played. DREI is the German word for "three". 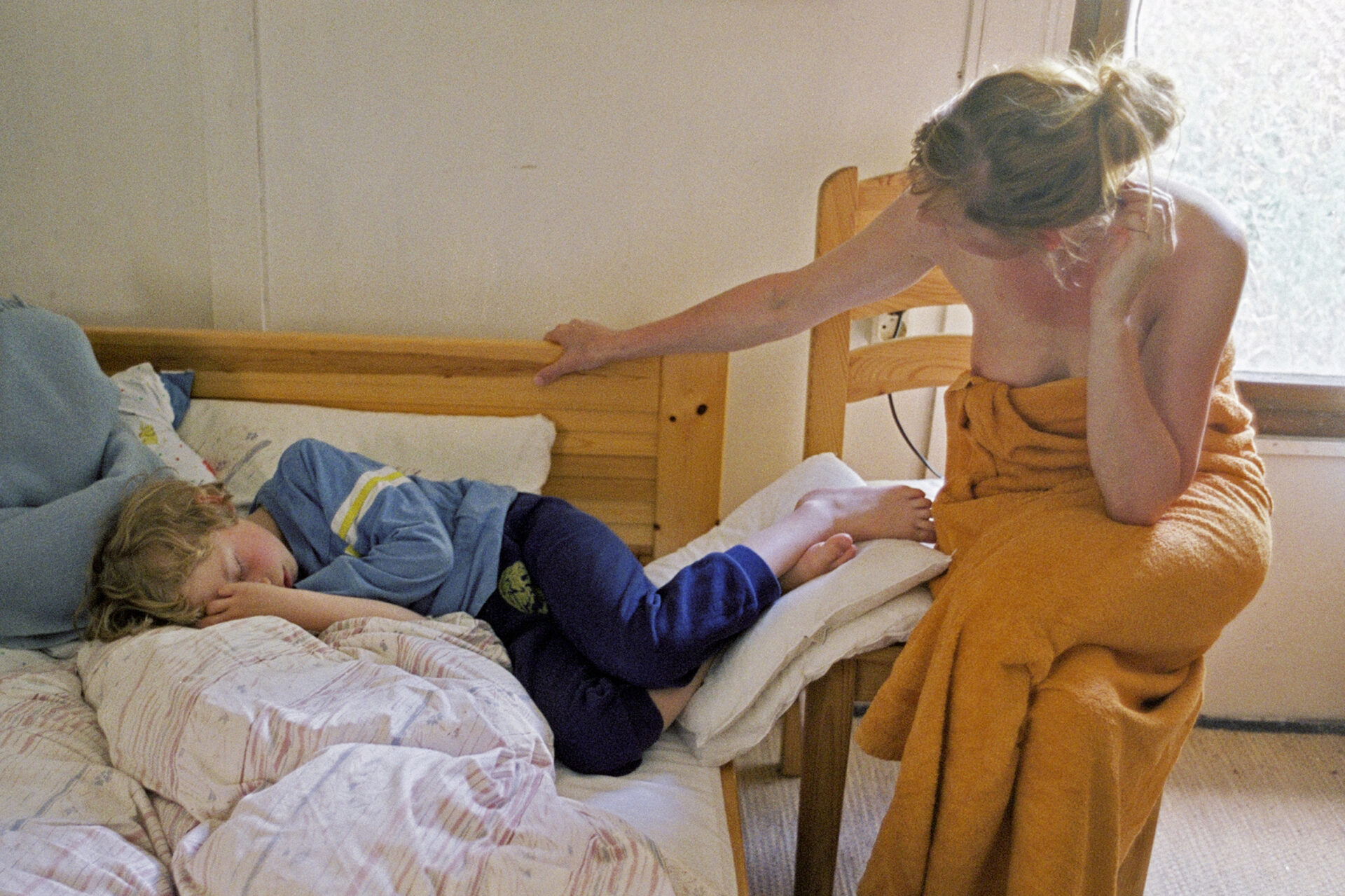 Fred Hüning studied at Ostkreuz School Berlin. He is mostly working with subjects connected to human intimacy, nature and what he called „The Things of Life“. In 2007 he received the Art Prize for Photography Berlin-Brandenburg for his diploma work "einer". His photobook trilogy "einer", "zwei" and "drei" was published 2010/11 by Peperoni Books Berlin. 2013 the trilogy was invited by curator Susan Bright for her group show and book ‘Home Truths: Photography and Motherhood’. In 2013 bis monograph "one circle" (based on the trilogy) was published. 2017 his second book trilogy "two mothers" was published. His work has been shown in photography festivals across Europe, including Reggio Emilia, Darmstadt, Leipzig, Łodz, Kaunas and Arles. Solo exhibitions include Gallery Brotfabrik Berlin and Westwerk Hamburg. Group shows include ‘Home Truths’ at The Photographers´ Gallery London, MoCP Chicago and Belfast Exposed. 2019 "einer" was featured in the book "Photography Decoded", published by TATE London. Edit