The ban on “propaganda of non-traditional sexual relations among minors“ was signed into the Russian federal law by Vladimir Putin in June 2013. This law, also known as the “anti-gay law”, has strengthened the restrictions on the freedom of expression around LGBTQ+ issues that can apply to all categories, from artistic expression to political discussion and has a serious impact on public debate on important social topics. The constitutional reform bill 2020 bans same-sex marriage, among other changes.While it's no longer illegal to be gay (the restriction was lifted in 1993), a homophobic atmosphere is still there.I aim to document the everyday life of LGBTQ+ couples of different ages, make (video-) portraits, and to photograph private and hidden public venues. In my work, I want to discover the ability of ordinary people to enjoy the moment and value the happiness and joy of everyday life despite open homophobia on the television, by politicians in the media and the Russian church. My protagonists still care about not showing their feelings in public but they are courageous enough to show their faces in my story, which makes me very happy.My work aims at showing to the international community the deeper insight into the Russian LGBTQ+ community, to take steps toward a more tolerant society in Russia, to start discussions and debates. I believe that our world needs other perspectives and solutions. This project is a continuation of my effort to always find something positive even in the worst situations. 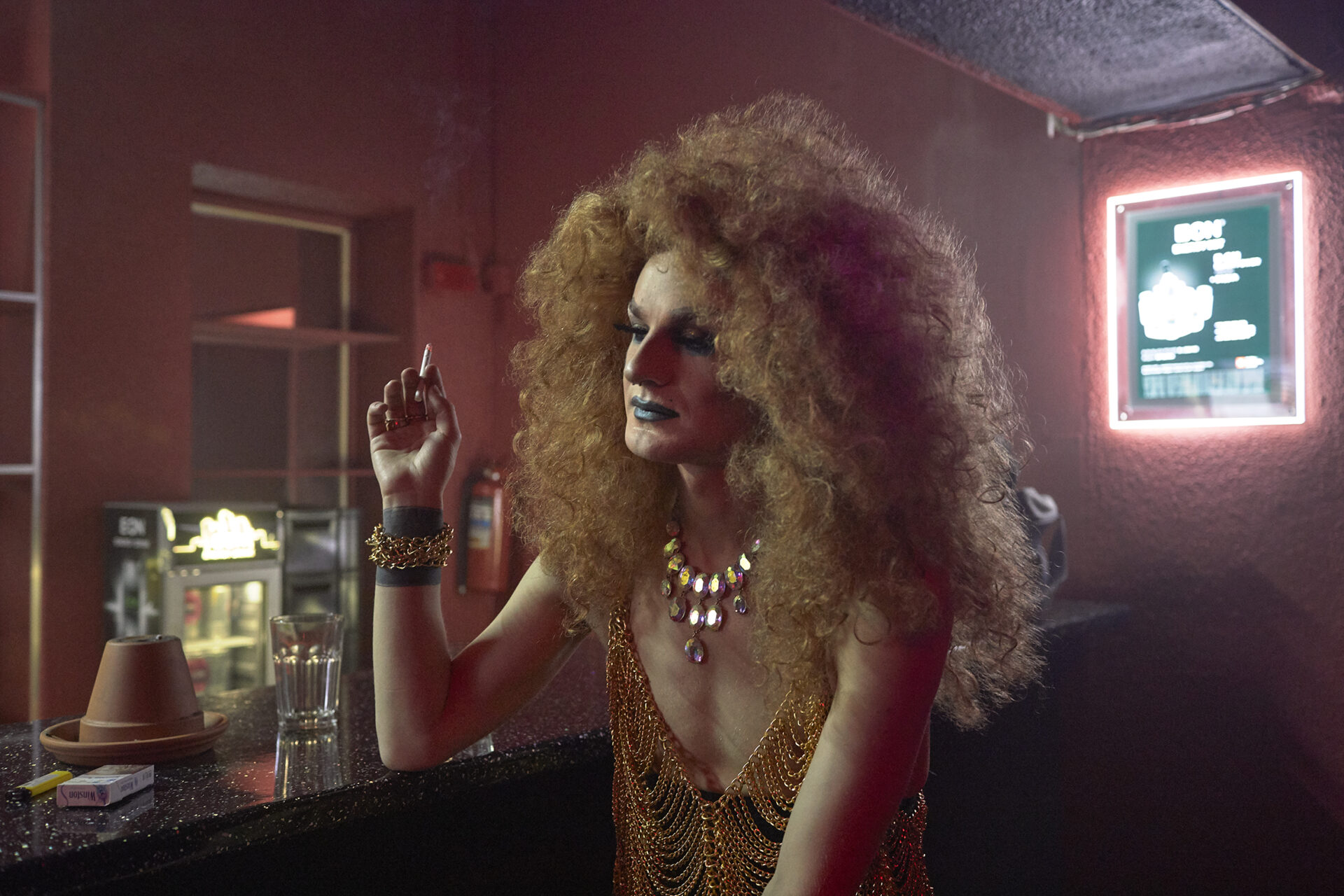 Ksenia Kuleshova is a documentary photographer and Canon Ambassador based in Germany, Belgium, and her native Russia where she’s currently working on her long-term projects. She was the recipient of the 2020 W. Eugene Smith Student Grant, was a participant in the 2018 Joop Swart Masterclass, and her work has been exhibited and published internationally, including in The New York Times, National Geographic, The Wall Street Journal, DIE ZEIT, and GEO France, among others.