Monday to Saturday from 3 pm to 8 pm

Nobody would have imagined possible such a sudden and profound transformation as we have seen in all the cities where its inhabitants forced themselves into confinement to prevent the spread of the pandemic.

In the summer of 2019 - color photographs - Lisbon was fashionable. Everywhere new airbnb, hostels and luxury hotels were established. Several cruise ships arrived and departed from the capital's new river terminal on a daily basis and low cost flights kept dropping visitors at a breakneck pace. At that time, the city was teeming with people and excitement.

But suddenly, the unpredictable happens - the covid19 virus appears in China and quickly takes over the world.

In Portugal a state of emergency is decreed and the population is no longer able to go out on the street freely. Less than a year later, in April 2020 - black and white photographs - the tourists had disappeared and Lisbon was deserted for weeks. It had lost all its color and had become a city without life, a city in shades of gray. Now, only the places were there. 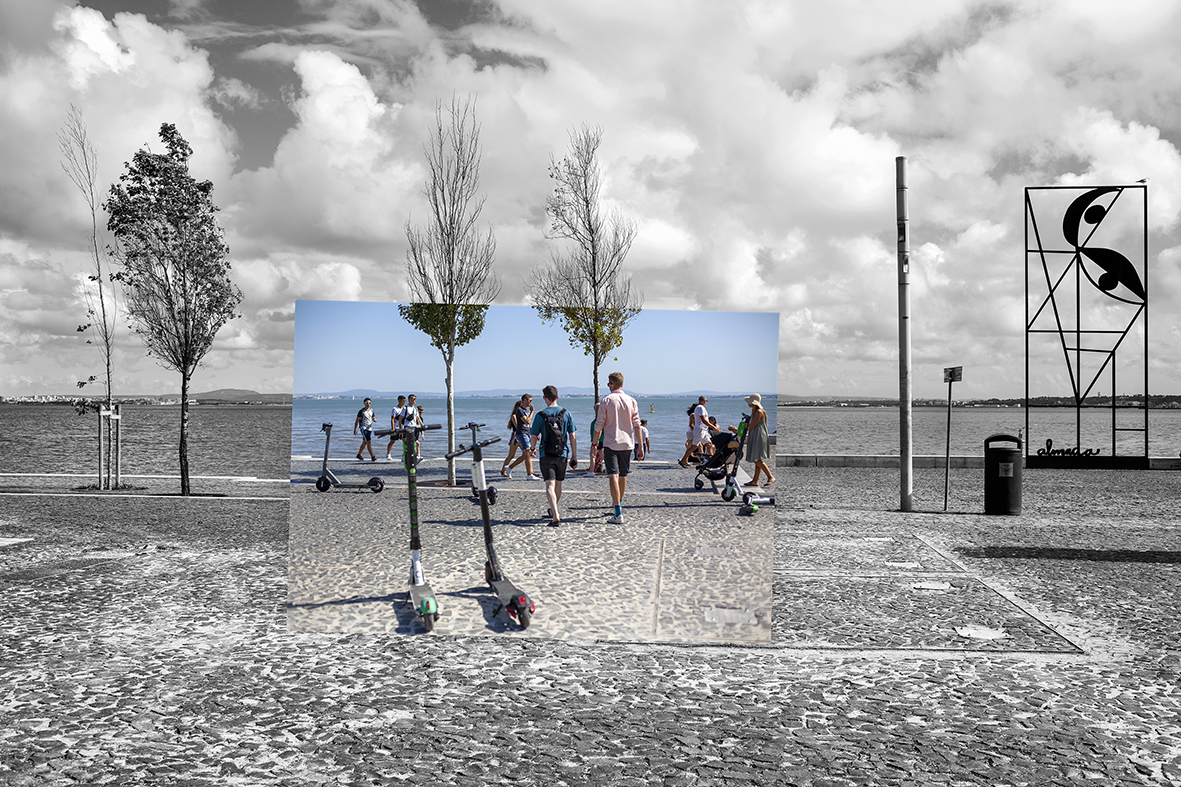 Luís Ramos was born in Lisbon and studied photography at AR.CO and cinema at Escola Superior de Cinema.

He started his path in the newspapers "Expresso" and then "Público", of which he was founder, reporter and photo editor.

During that period he worked from a documentary perspective around the world. Throughout his career he has received several Fuji Europress Photo Awards (2000, 2004) and Vision of Photojournalism Awards (2002, 2004, 2005, 2006).

Since 2006 he is an independent photographer.

The latest individual exhibitions took place in Lisbon, at the Centro Cultural de Belém with “Remember”, in the old Presídio da Trafaria with “Musas, Bichos e Outros Seres Extraordinários” in Faro, at Teatro das Figuras, with “Layers”, in the Gallery Municipal de Arte de Almada with “São precisos dois para dançar o tango” and in Brussels, at the Casa da Cultura do Brasil, with “Time Lapse” (after being presented at Fundação D. Luís I, in Cascais and Museu Municipal de Tavira). His works have been shown in several group exhibitions in Portugal, France, Germany, Belgium, Italy and Denmark.